Top Goal Scorers in the EPL

U.S. men’s and women’s soccer teams will be paid equally

Abramovich Relieved As Owner Of Chelsea

This is how professional players spend their money. 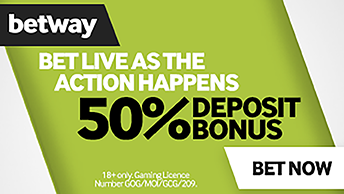 A brief history of football

Although the International Football Association Board (IFAB), has a reputation for having preserved the foundations and rules of football as it enters a third millennium, there are still some things that may raise eyebrows about how the game was played in the past.

1. The first international football match between England and Scotland took place in 1872. Players wore not only “knickerbockers”, or long pants, but also bobble hats or caps. Head dresses were an integral part of footballing attire in the early 20th century.

2. When the first country and club matches were held, balls weren’t exactly round. The bladder of a pig was compressed into a balloon and then tied at the ends. This gave it an egg-like shape. The ball gained more roundness after Indian rubber was discovered in the 1860s.

4. The FA rules 1863 did not mention a crossbar. A goal can be scored from any height, as long as it passes between the posts or sticks. Before the advent of the crossbar, a tape was used to seal the goal.

5. Mob football, a descendant from the modern game, invaded England in the 12th century and was so popular that it was banned by royal decree by many kings. The game was violent and “murder” and “manslaughter” were the only means of getting the ball from village to village. King Henry VIII is thought to have been a keen player.

6. Contrary to popular belief, football was a very upper-class sport in England in its early years. Students from universities and public schools largely wrote the rules. In the latter part of the 19th century, the game was adopted by the working class.

7. There was no agreement at the first meeting of The Football Association, 26 October 1863 in London. One club left, refusing to agree to hacking (kicking below your knee) as part of the original rules.

8. Early football tactics were similar to today’s rugby. The offside law prevented advanced players from touching the ball. Because of this, teams were top-heavy with forwards. Attacking often required players to group together or scrimmigging around the ball in order to move it towards the goal.

9. The original rules for the game did not allow referees or penalties. It was assumed that gentlemen would not intentionally foul. Debating skills were just as important in those days than ball skills. Players could appeal against decisions to captains and then umpires. Referees were named so in 1891 because umpires originally referred to them as referees.

10. The penalty spot was first introduced in the 20th Century. The kick of death was originally known as the penalty spot. It could be taken along any line 12 yards from the goal.

11. Soccer is not a word that originated in the United States. It was invented by students at universities and public schools, including Oxford, to describe the new game of Association Football. Rugby, also known as rugger, was affected by the tendency to reduce words with “er”.

13. Handling was allowed by the FA’s 1863 rules. A player cannot handle the ball on the ground but he can catch it in the air to get a free kick.

14. Before 1927, there were no Roberto Carlos’s or David Beckhams. Goals could not be scored with direct free kicks.

15. Before 1912, goalkeepers could manage the ball inside and outside their own penalty area.

16. The red and yellow cards in today’s game were inspired by London’s Kensington High Street traffic signals. Ken Aston, an English referee who was then FIFA’s Head Of Refereeing, was driving through central London and thinking of better ways to illustrate a caution or send off. He got the idea from the changing of the lights from green to yellow to orange.

17. Before 1913, a corner was taken. Instead of making a decision on whether to take a short or long one, a player could dribble the ball alone. After several players had teed themselves up, the rules were modified.

18. With hacking being a distant past, it is not surprising that shin pads and guards were allowed in the rules from 1874. The first shin pads were a reduced version of the cricket pad.

19. A Saturday morning goalkeeper’s first action was not always to open his wardrobe and choose his mood color. In 1909, he had the option of choosing from royal blue, scarlet, or white. Yellow was the preferred color for a goalkeeper who became his country’s number one in 1921.

20. Referees tried to catch up to play at the turn of century dressed in black trousers, blazer, and bow tie!